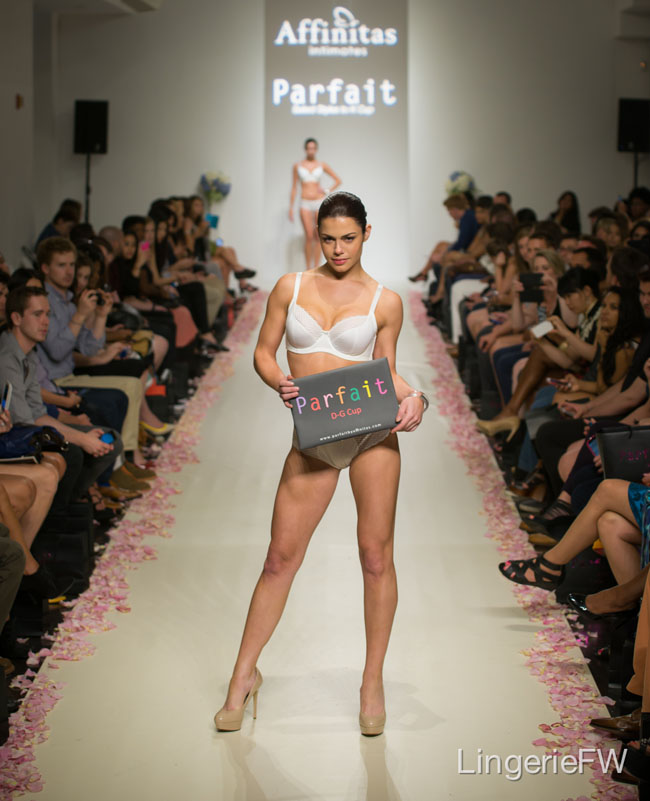 It seems like a new social media platform (or feature within an existing platform) pops up every other day. And while all of this can create exciting opportunities for brands, it can also be overwhelming. If you’re looking for a new way to connect with your current followers — and amass even more followers, where do you start? If you’re a lingerie retailer and have an upcoming fashion show, you have a perfect opportunity to delve into Facebook Live. Here’s how to pull this off and achieve maximum results.

The initial aspects to consider when planning a video stream via Facebook Live are the technical components. After all, technical execution can make or break a live stream. The good news is that Facebook has made the process of accessing this new feature pretty straightforward. First and foremost, make sure that the venue for your event has very strong Wi-Fi. Lacking a great Wi-Fi signal can cause interruptions throughout your live stream, or disconnect you entirely.

Secondly, consider what tools you’re going to use. While you surely can use your smartphone to record the event and publish via Facebook Live, you can alternately use a professional video camera. This upgrade in tools can increase the quality of your video radically, and is a worthwhile investment if you plan to live stream frequently.

Above: Inspire by Pscyhe Terry.

Facebook has made it so you can connect nearly any professional camera to your computer in order to publish through Facebook Live, but one recommendation is to use the Magewell USB Capture Dongle as your connection port. You may also want to invest in a superior microphone, so the audio elements aren’t lagging behind your visual components in quality. Make sure you’ve done a test run (or three) so that you’re completely confident in your video camera and microphone’s ability to connect with your computer seamlessly.

Thirdly, be sure you understand all of the Facebook Live settings. For example, for your lingerie show, you’ll want to set the privacy setting to “public” so it’s accessible to anyone. You’ll also want to prepare a compelling description of your event in advance, complete with keywords that your target audience is likely to search for (like “fashion,” “lingerie,” “fun event,” etc.). The more descriptive and enticing the description, the more likely you’ll have a greater turnout of people tuning in.

The work you do leading up to your event is just as important as the show itself. If you don’t get the word out in advance, it can be hard to attract a lot of viewers as it’s happening (which is, of course, the whole point of broadcasting via Facebook Live). The first step is to make sure your runway show has an appealing theme, and to tease out any aspects that are likely to draw a crowd. For instance, are any of your models household names? Or do they have large social media followings? If so, be sure to promote their names and pictures in the lead-up to the show. You can also stipulate in their contracts that your models must share a certain number of social media posts about the event, including what time the event will be broadcast via Facebook Live and how to watch it. Most models are used to being asked to use their social media accounts to promote the brands they work for, and this is a relatively easy way to get a boost in interested viewers.

Furthermore, spread the word throughout your own channels. Send an email to your email list announcing the details of the upcoming live broadcast, and post it on your own social media accounts multiple times in the days leading up to it. If you have any relevant brand partnerships (like with a makeup retailer or a jewelry designer), invite them to be a part of the runway show – and then encourage them to publicize the event as well. These are all ways you can tap into the networks of the other fashion show participants for very little investment on your part, and potentially big returns.

Amway, the world’s largest direct selling company, used similar tactics to build up anticipation for its live broadcast by posting in the days leading up to their Facebook Live stream at New York Fashion Week, which showcased Amway’s Artistry cosmetics. One promotional post received over 530 likes, which goes to show that their audience saw the announcement and was engaged. The post featured relevant hashtags, important information about the stream and a photo — all of which your very own Facebook post should include.

Finally, designate roles. You’ll need someone to host the event, and should choose someone who has done this professionally (you don’t want to take chances with an amateur host, especially with a live event). Plan out a script in advance, so the host has at least a rough agenda to follow. Assign someone to be on the computer, answering live comments as they roll in. Choose someone else to be the producer, and another person to handle the music. It’s key that each person understands their specific role so no task is left unattended.

Lingerie shows are exciting by nature; use this to your advantage! Take the camera backstage in the moments leading up to the show and do a quick, informal Q&A with the models as they get their makeup done. Ask a makeup artist for some makeup tips that viewers can emulate at home. Ask the models about their secrets for self-confidence. The general public loves to feel like they’re being let in on insider information, so play up this behind-the-scenes glimpse. A non-lingerie example of a brand that catered to this natural curiosity that people have was Dunkin Donuts, when they streamed a Facebook Live video in their test kitchen. Doing this kind of behind-the-scenes view makes your brand fun and relatable to your viewers.

Once the runway show starts, keep the camera trained on the action (i.e., the runway). Prepare your producer to give cues to the host throughout the show via an earpiece. This can make the Facebook Live experience especially fun for viewers. For example, the producer can tell the host the name of a viewer who has commented with a question so they can address them on-camera by name. Or the host can ask viewers for song requests, and the producer can relay the requests to the music director so it makes it into the rotation.

Two more points for the host: make sure she introduces herself several times, as your audience might tune in at different times, and also ask her to invite viewers to like and share your video several times throughout the event. This will help your video’s ranking on Facebook and boost your odds of attracting new visitors.

When it’s time for the lights to go out, thank your audience for tuning in and give a clear call-to-action. You could include a special discount code, for example, that visitors can use if they head to your site and purchase a lingerie set within two hours of your live stream’s conclusion. Or you can invite them to weigh in on their favorite parts of the runway show via a webform on your website, offering a free lingerie set to one of the respondents (to be chosen at random). This is a good way to capture email addresses of prospects, while simultaneously getting usable feedback about what visitors liked and didn’t like about your runway show.

Then click “finish” and “save”. Remember this important step! Even though the live broadcast ends, you can use the saved video later on other social media platforms (or even send out a snippet of it via email). This is content you definitely won’t want going to waste.

Properly planning and executing a compelling Facebook Live event can take a lot of work, time and resources, but it can be a highly rewarding way to attract new followers and convert them into customers. It can also help you put your lingerie brand on the map, in the eyes of consumers. So as you gear up to give it a try, remember all these nuances and, most of all, have fun with it — and your viewers will too.