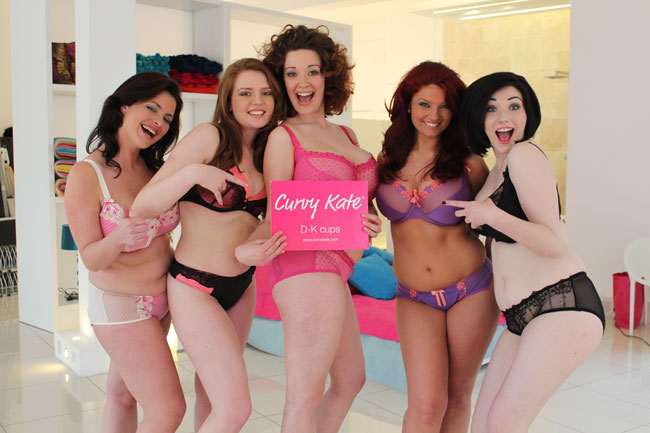 Curvy Kate witnessed a 117% increase in engagement on Facebook this year thanks to their Star in a Bra competition and the custom made Facebook application that allowed fans to participate and interact in the competition via the popular social media site.

The contest, run through the social networking site Facebook, encouraged ‘fans’ of the brand to upload images of themselves in their lingerie to enter. A shortlist was drawn up and the finalists faced a public vote as family and friends chose their favourite D plus wannabe model at the click of a button. In three months, Curvy Kate’s ‘fan’ numbers has risen by 51% from 14,101 to 21,307 thanks to the innovative concept and new, bespoke design.

The company noted that “as the year begun Curvy Kate’s Facebook Timeline was exposed on average to just under 4,500 engaged users per month, since then that figure has risen to a staggering 9,771, an impressive increase of 117%. The number of natural D plus women entering also doubled and the brand saw a record number of votes with over 320,000 clicks on the application in the two tiered voting period.”

The bespoke app, designed and created by social media agency mycleveragency, allowed participants to enter the competition easily. After authorizing the application their entry form was pre-populated using Facebook profile information. People were then faced with three options for uploading their pictures; via a webcam, via a link, or via a file from their computer. Once the Curvy Kate judging panel had made their decision the app changed to automatically reveal which girls had made the top 30.

“Curvy Kate supports the UK’s shapely figures by searching for a D plus girl with a fuller body and natural bust. With demand from the public for more realistic models with natural figures, the latest campaign has attracted legions of fans to the bust-loving brand, whilst also promoting their top retailers,” said the company.

“We were amazed at the hordes of gorgeous, shapely women who threw their curves into the competition,” – Hannah Houston

Key stockists also played a major part in the success of the campaign by marketing the curve campaign to their customers through promotional inserts, social engagement, in store marketing and staff incentives. Sophie Morgan, was found through AIS Store Creaseys of the Channel Islands who backed the local girl from day one.

Hannah Houston, PR and Marketing Manager is thrilled to see the growth and the variety of curvy girls willing to show their shapes to the nation. “We were amazed at the hordes of gorgeous, shapely women who threw their curves into the competition. We are passionate about promoting all curves and its clear the public love to be involved in choosing our next model. Our final winner Sophie Morgan is a great role model and oozes glamour, confidence and inner beauty.  We’re excited about the year ahead!”

An identical Star in a Bra campaign is currently running in the United States with the second Australian competition to be rolled out down under in June. Curvy Kate specializes in lingerie for the fuller bust from D to K cups with back sizes from 28-40”. Bras retail from £27 to £30.

For more information on Curvy Kate, visit curvykate.com and www.facebook.com/curvykate 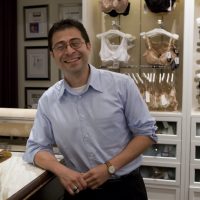