How To Make the Most Out Of Your Crowdfunding Campaign 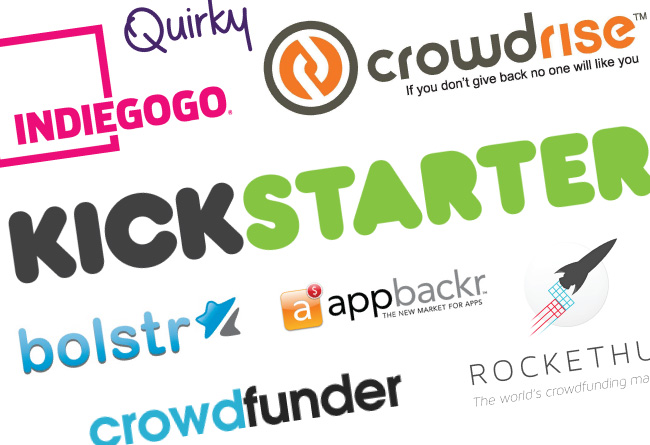 “People want to fund people, not just ideas, so it’s important for campaign owners to tell people why their project is important and about the impact that it will make on the world.” – IndieGoGo.

Holly Jackson is a online copywriter and lingerie columnist. She can be found blogging at her website http://www.thefullfiguredchest.com or on working on her goal of filling up an entire closet with lingerie on Twitter @fullfigurechest.

Once upon a time, lingerie lines could only be launched in conjunction with investors, marketing and PR companies and a corporate structure. The popularity of Kickstarter and other crowdfunding platforms has opened up the lingerie market in a whole new way. Now some smart marketing, advance planning and tempting rewards can ensure that a designer can fund their dream line.

Above: Ampere raised $26,924 in a recent Kickstarter campaign.

“While your audience can’t touch your lingerie, videos can show important aspects like how pieces hang on a body and how various fabrics drape.”

That can be a hard sell, especially if you don’t have a clear vision for your lingerie line or who your customers are. If you’re thinking about launching a crowdfunding campaign to start or expand your lingerie line, here are 5 tips to make sure you reach your goal.

1. Have a genuinely new idea.

When Dear Kate developed their new yoga pant, they started with surveying women and asking how they’d reinvent the yoga pant. When they developed their crowdfunding campaign, they knew exactly what their audience wanted to see. When they recently asked for $15,000 to make their yoga pants a reality, they got $158,933 in response.

Above: Rachel Rector successfully raised $7,419 on Kickstarter to launch her collection.

3. Use videos and visuals to make an impression.

Lingerie is all about imagery, so make sure that yours is memorable. An IndieGoGo spokesperson told The Lingerie Journal says that campaigns with videos raise 144% more money than those without them.

While your audience can’t touch your lingerie, videos can show important aspects like how pieces hang on a body and how various fabrics drape. If you’re using beautiful prints, make sure your video and images make them look just as sumptuous as they do in person. Most importantly, use your images to show your audience what kind of customer you imagine wearing your lingerie – and help them imagine themselves in it!

“Bloggers can influence their readers to donate and may donate themselves if they become fans of your vision.”

IndieGoGo says that campaigns that update once every five days raise 218% more than those who don’t update as often. Part of this is about building buzz, but part of this is about showing that you’re reliable. There are all kinds of difficulties that a small lingerie company can encounter during the production phase and customers are wary of paying for a reward that may never appear. Be honest about the challenges you might face and make sure to communicate both during the campaign and afterwards if you encounter any issues.

Make sure to promote your campaign across all of your social media platforms, especially those that prioritize images like Pinterest and Instagram. It’s also worthwhile to make a list of bloggers to contact about your crowdfunding campaign so they can spread the word if they fall in love with your lingerie line. Bloggers can influence their readers to donate and may donate themselves if they become fans of your vision.

Which Crowdfunding site is best for your business? Take a few minutes to explore Inc. Magazine’s beautifully crafted infographic: 22 Crowdfunding Sites (and How To Choose Yours!).

Here is a link to all of Holly’s Retail Advice Columns.