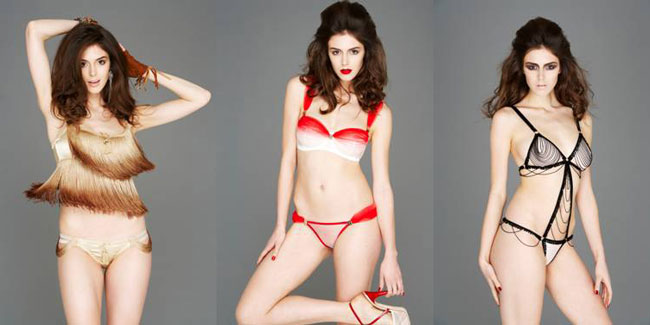 Made by Niki was named as the ‘Independent Directional Brand’ and the ‘Most Innovative Brand’ of 2012 at the second Lingerie Insight Awards, “honing in on the brand’s popularity and meteoric rise to become the fashion insider’s Lingerie brand of choice.”

Made by Niki was also the only UK lingerie brand to pick up two awards, beating off stiff competition from acclaimed companies such as Bordelle, Dirty Pretty Things, Marlies Dekker and Fred & Ginger noted the company.

“Making Made by Niki’s win in the ‘Independent Directional brand’ category even more poignant is the fact that the company remains 100% self owned and funded. Developed and produced by a team of artisans at their new rural atelier, Made by Niki’s growing nucleus of talented underwear obsessives are re-evolving British manufacturing, resulting in their constant support of the UK economy,” said the company.

“Making Made by Niki’s win in the ‘Independent Directional brand’ category even more poignant is the fact that the company remains 100% self owned and funded.”

Niki McMorrough’s expert eye for new techniques and designs has led to Made by Niki being named, “‘Most Innovative Brand’; Niki’s constant innovation results in new concepts every season, continuing to push the boundaries of traditional lingerie design. Loved by customers, worldwide fashion press and celebrities, Made by Niki is not one to rest on its laurels.”

Recent success includes the best-selling String series updated for AW12 in to colourways of tawny kiss and black chalice while SS13 sees on trend colour pops making their first appearance. For Autumn Winter 2012 Made by Niki’s collection is borne from a fascination with Genetic Inheritance and Creation whilst Spring Summer 2013 sees Made by Niki on a journey through the golden ages of hedonism through the introduction of fashion favourite, the peplum shape, which can be seen in stunning silk peplum dresses, shoulder holsters and suspender belts.

To learn more about Made by Niki, please visit: madebyniki.co.uk