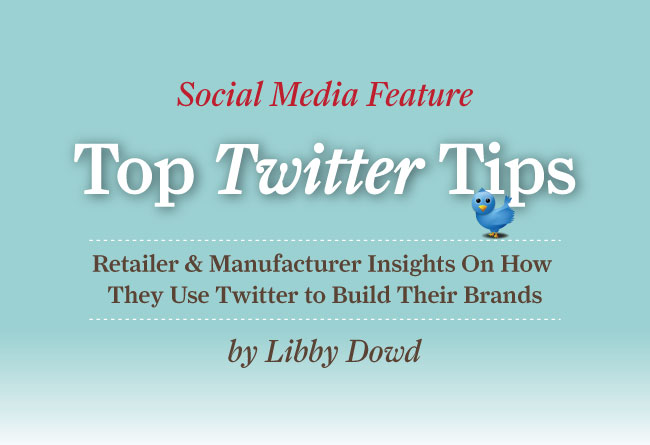 Integrating Twitter into your marketing plan is no longer an option. Its ability to connect business owners with customers has become a powerful tool. What more, using Twitter correctly will help you engage with followers, which will lead to more sales. Whether you’re a store owner or a manufacturer, there are several ways you can utilize Twitter to build brand awareness. Read on to learn how five intimate apparel professionals do it.

Don’t be afraid to show off your personality

As a retailer, Alison Rubke uses Twitter to generate traffic to her site. “When I first started a year and a half ago, I didn’t realize the potential Twitter had,” she says. “I had a good response from social media in general and saw business come from that. It only made sense to see what new potential could come from Twitter.”

“It’s unleashed some wonderful business,” Rubke continues. “I can mention something on Twitter and in the hours following see sales on my website for that item.”

While Rubke’s motive for tweeting is to promote her store, her approach is not commercial. “It’s more organic,” she says. “When I’m at the store and see something I like, I’ll take a picture of it and share it.” Rubke feels that by keeping her tweets casual—even including spontaneous images of herself in the store—she’s better able to connect with her customers. Recently she saw a spike in sales in leopard print bras after she posted about the pattern. And while she can’t connect individual online sales to Twitter followers, she feels that she’s impacting close to all of her 6,000 followers. “Even if people aren’t chatting with me or commenting they are still reading my tweets” she says.

“I can mention something on Twitter and in the hours following see sales on my website for that item.”

Rubke builds followers by including her Twitter link on her blog, website and Tumblr page. She’s also increased her audience by aligning herself with larger brands. Rubke’s posts have been recognized by Lucky magazine and Bergdorf Goodman. “If I mention their name, they’ll re-tweet me and that brings a lot of followers,” she says.

What makes @fairfroufrou such a compelling Twitter account? It’s Rubke’s fun, light-hearted personality that she shows off in every tweet. “I keep it friendly and light and happy so it reflects the spirit of our store—cheerful and girly,” she says. But Rubke’s aware that sharing too much can harm her business and the relationships she’s built with customers. “I keep my personal life and relationships out of it,” she says.

Rubke’s advice to other storeowners: “You should be on Twitter and engaging in conversation with people you like,” she says. “Don’t just use it to kiss up to people. Engage in genuine conversation. Talk about your store, talk about yourself and talk about your customers.” And you don’t need to only talk about lingerie, she adds. “I love lingerie and could talk about it all day, but it can get a little boring and people might stop following. I stick to topics my followers are interested in. If it’s not lingerie it’s fashion or beauty.”

Twitter is a tool that can help you educate customers

Marketing manager, Lacey Storer, has been managing the online retailer’s Twitter account for the past eight months and feels that the social media tool has successfully helped build Lingerie Diva’s brand. “It helps us reach out to new customers,” she says. “When a woman thinks of lingerie, we want them to think of us.” To do that, Storer posts a variety of messages that revolve around on-going promotions, deals and new arrivals. She also tries to infuse a bit of her personality into tweets. “No one wants to follow a nameless face,” she says. Last month she engaged customers by asking them about their Halloween costumes, and tweeting a picture of hers. “It lets people know that there’s a real person here who wants to reach out and connect with you.”

Twitter is also a tool that helps Storer educate customers. “I think a lot of women are casual lingerie buyers,” she says. “They go get something every once in a while, but they don’t always know where to go and they have questions about fit and varieties.” To serve these women, Storer will re-tweet links to articles about tends and bra sizes.

While Twitter has been a huge help to Lingerie Diva, it’s not Storer’s only responsibility. She’ll tweet at least ten times a day, but manages it through HootSuite. “I love the scheduling tool,” she says. “I log in every morning and schedule my tweets for the entire day. But I check back in to make sure I’m not missing any conversations or answer any questions.” HootSuite also gives Storer statistics like click through counts that help her determine which topics get the most engagement. Recently a tweet about a baby doll set that was on sale and a promo code for a new corset gained the most attention.

Claire Chamber, owner of Journelle operates two Twitter handles—one for her business and a personal account where she tweets about her life as an entrepreneur. While her personal tweets give followers a glimpse into the life of a storeowner, @shopjournelle talks about new arrivals, new brands and news-worthy events happening in the store. The one common thread between the two accounts—value. Each tweet sent by Chambers and her team must provide followers with some new and useful information. And valuable content leads to customer engagement, she says. “Twitter should offer people something interesting. We want to give customers an application to be involved. If a customer says something great, we’ll re-tweet it,” she says.

Recently, Journelle sparked a great deal of interest on Twitter through a series of Tweets about a promotion that supported breast cancer awareness.

“We used a cheeky coupon code and it got re-tweeted,” she says. “People found it interesting and we got a crazy amount of orders.” Chambers attributes the success of the tweet to humor. “Because of the cheeky coupon code, it was picked up more than our tweets normally would.”

Managing a company’s Twitter account is a big undertaking. But it’s an even bigger responsibility when the company crosses over into several industries like Eucalan does. “We cater to the lingerie and knitting market, but we also work with the baby market and green companies,” says Jennifer Edgar, managing director for the company. “In our case, it’s important to cover a variety of topics in our posts.”

Edgar tries to talk about topics that may relate to followers in every market—whether they are wholesalers or the end user—and exciting events Eucalan attends to let people know they are out there. Eucalan was recently featured in the gifting lounge at the Canadian Country Music Awards and Edgar tweeted live from the event. “We wanted to let our customers know that we were invited to the event,” she says. Live tweeting from events also has a fun aspect. “We love to talk with customers and other exhibitors at trade shows and we share that on Twitter. We want people to know that we’re not miserable people, we’re not corporate drones.”

Edgar does a lot of the company’s tweeting, but she’s also enlisted the help of a marketing firm to do the majority. “I hired a company that really understands the ins and outs of Twitter,” she says. She’s also turned to bloggers and retailers for help building their brand awareness through social media. “Bloggers do product reviews and they give unbiased, honest opinions,” she says. “They also do product giveaways and they ask readers to follow us. That drives a lot of traffic to our webpage and it helps us generate a lot of knowledge that we wouldn’t otherwise get.”

At last February’s Fashion Week, Body Wrap Shapewear participated in a Twitter party hosted by celebrity stylist, Robert Verdi. The event, which was attended by about 40 high profile fashions bloggers active on Twitter, was an opportunity for Body Wrap to promote its new Sheer Iridesscent collection. Body Wrap provided products for event gifting, as well as items for 10-12 celebrities. As a result, attendees tweeted about the line. “This was a great way for us to garner the attention of key influencers, and their followers, in the fashion and apparel arena,” says marketing coordinator Penelope Giguere. In addition, the event also drove traffic to the company’s website right before the Valentine’s selling period.

Body Wrap organized the event through an outside firm, Cindy Riccio Communications. Giguere says it’s something the company will do again in the future as it helped established important relationships with a celebrity stylist and influential fashion bloggers. And developing a Twitter handle specifically for this event proved to be worthwhile: February 2011 sales were up 11 percent compared to the previous year. Going forward, the company will use Twitter to share style and product information to followers in an effort to build awareness for the brand. 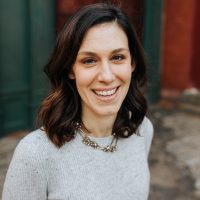